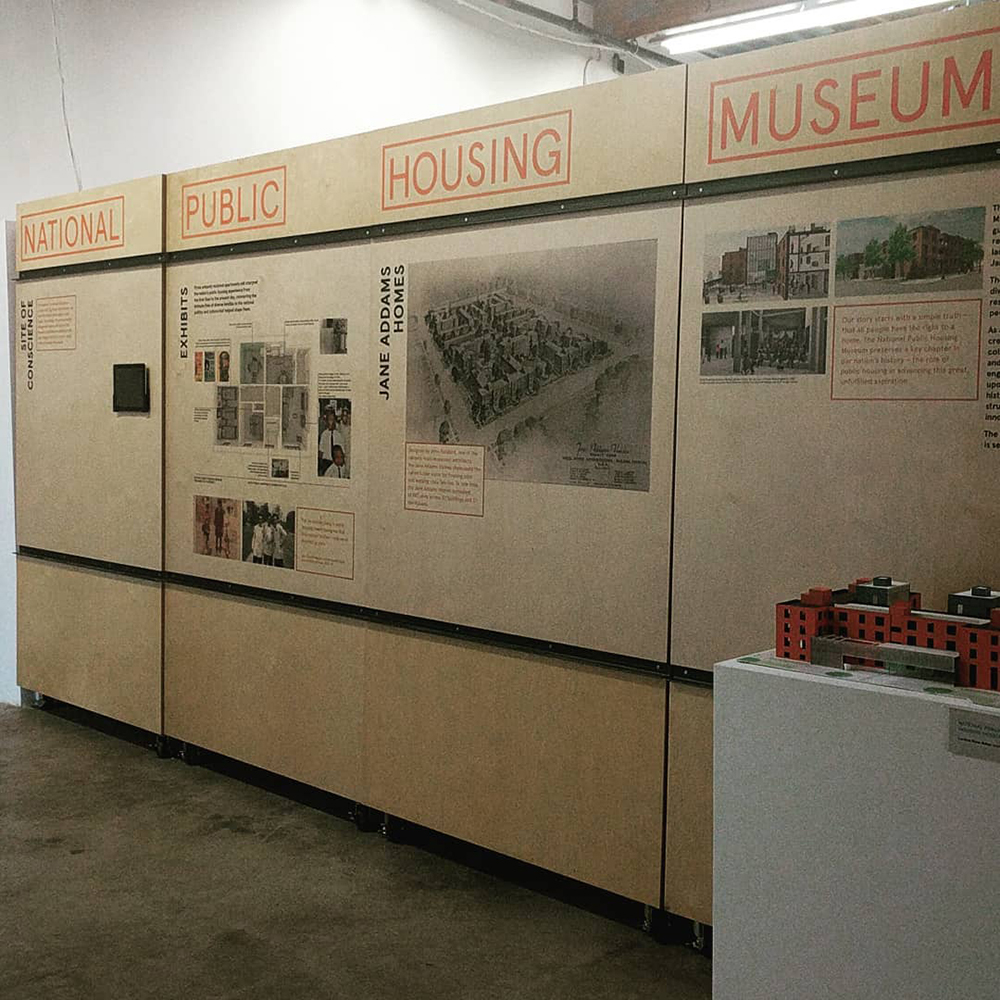 Amplifying the voices and stories of current and former public housing residents—a central focus of the Chicago-based National Public Housing Museum—will be made possible by a $1 million donation from the Joseph and Bessie Feinberg Foundation. The funds will support a permanent exhibition showcasing diverse public housing residents’ everyday objects. Paired with captions in their owners’ own words the show will illuminate how seemingly ordinary items can and have had a significant and often transformative impact on their lives.

This groundbreaking exhibition has been conceived to expand viewers’ understanding of public housing, the depth of diversity of its residents and the importance of home to all human beings, concepts that resonated with Feinberg Foundation President Janice Feinberg. “I’m drawn to the NPHM’s fundamental objectives: Dispelling racialized stereotypes surrounding public housing, which has sustained residents of all races, creeds and ethnic groups, and promoting the right of all people to have a place to call home,” Feinberg, a longtime social justice advocate and social impact investor, said.

“Widespread thinking about public housing is often flawed, marred by stereotypes and full of misconceptions and factual inaccuracies. The daily lives of people living in public housing are often overlooked in our society, which tends to either sensationalize misfortune or celebrate exceptional and extraordinary achievement. This exhibit celebrates everyday people and everyday experiences, helping to ensure that never again will a single story be told as if it is the only one,” NPHM Executive Director Lisa Yun Lee, Ph.D., explained.

“NPHM is committed to changing the narrative by foregrounding the stories of public housing residents in their own words through exhibits, oral histories and other modes of storytelling. At NPHM, we consistently advocate on behalf of the millions of people in the United States who still need affordable and stable housing today. The Feinberg Foundation’s substantial investment helps make that work possible—and even more potent,” Lee added.

Why More Inclusive Stories About Public Housing Residents Are Needed

More than 10 million people across the U.S. have lived in public housing over the past century. But since the 1990s, misconceptions about and a lack of commitment to public housing have fueled a disturbing trend. Thousands of public housing units across the country have been demolished and not replaced.

“It’s shameful. Scores of thriving housing communities that sustained and nurtured thousands of people were dismantled. Families and children were displaced. But most significantly, the public doesn’t have an accurate portrayal or a meaningful historical record of who these people were and how public housing improved their lives,” Feinberg pointed out. “They were longtime Americans and immigrants from all walks of life. They worked in a myriad of professions, raised families and like most of us, led productive, meaningful lives. Public housing gave them a place to call home and thrive.”

“If we don’t preserve their stories, in time they will disappear. The National Public Housing Museum helps ensure that public housing residents aren’t erased twice—both in terms of their concrete, physical communities, and their individual and shared histories,” Feinberg said.

Harnessing the Power of Storytelling to Elevate Everyday People

The $1 million donation will power an innovative exhibition that will occupy the NPHM’s largest gallery at the museum’s new home once construction is complete in 2023: “Joseph and Bessie Feinberg Foundation: Everyday Objects from Public Housing.” It will feature 20 to 24 objects collected from public housing residents in Chicago, New York, Houston, Los Angeles and in a rural community yet to be determined. Every 18 months, new objects from new places representing different residents and offering new perspectives will be rotated into the exhibition.

In a departure from typical museum conventions, labels throughout the exhibit will be written by public housing residents themselves—rather than curators or academics—explaining the items’ significance in their own words. Labels will be drafted by residents in workshops under the guidance of experienced, award-winning writers. The first workshops will be held with New York City Housing Authority residents in a workshop led by award-winning writer Audrey Petty. Object collection and writing workshops are funded by a grant the NPHM was awarded by the National Writing Project as part of a National Endowment for the Humanities award.

“The objects and stories of people of color, women and low-income families have not, for the most part, been preserved and interpreted in museums, which has led to an exclusionary narrative about our nation and what matters,” Lee said. “This exhibit is a call to action for our country to be more inclusive regarding the stories we choose to preserve and the objects we deem worthy of collecting and sharing.”

Championing Social Justice Issues, Including the Push for Affordable Housing

A longtime social justice advocate and social impact investor, Feinberg’s deep interest in public housing was partly inspired by eye-opening theater and media works such as “The Project(s),” a 2015 production at Chicago’s now-closed American Theatre Company that drew from numerous interviews with public housing residents and Ronit Bezalel’s documentary, “70 Acres in Chicago,” about the Cabrini-Green public housing development.

“Firsthand resident accounts, like the ones featured in the play and documentary and those included in NPHM’s oral archives, are powerful aids that allow us all to expand and redefine our understanding of history,” Feinberg said. “When stories aren’t recorded, eventually they disappear. NPHM is working to prevent that from happening to the collective voices, memories and histories of public housing nationwide.”

The Feinberg Foundation, helmed by Janice Feinberg and her brother, Joseph, and sister-in-law, Rhonda, is a private family foundation committed to effective community and cultural investments through its philanthropy. It is dedicated to supporting community-based organizations that improve the lives of economically under-resourced populations of Chicago and Los Angeles and serve the needs of children and youth.