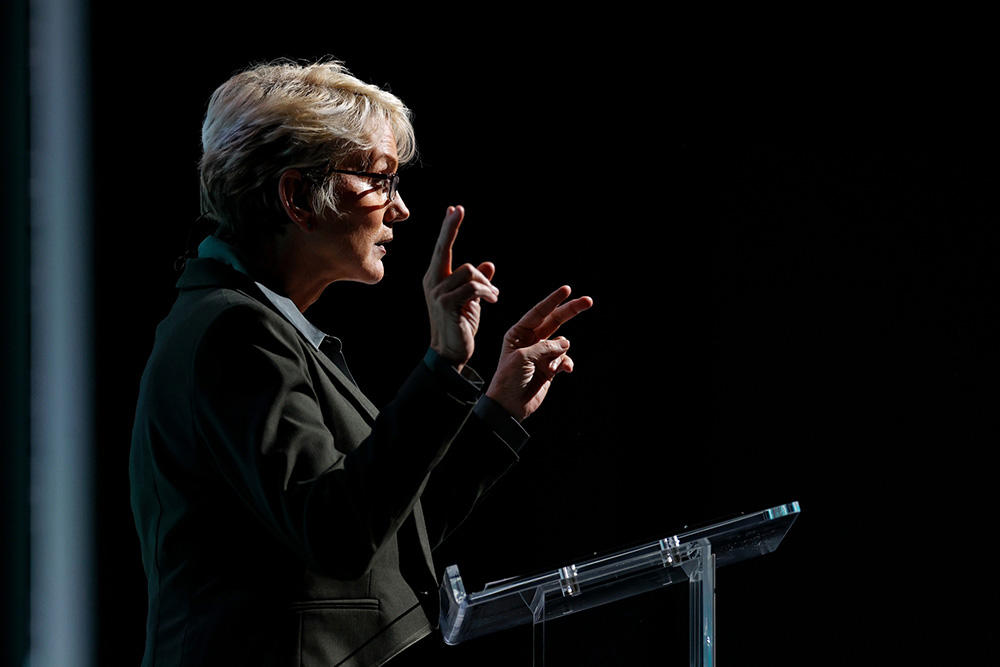 On Friday, March 18th, U.S. Secretary of Energy Jennifer M. Granholm traveled to Charleston, West Virginia to highlight how the Department of Energy and the President’s Bipartisan Infrastructure Law are supporting advancements in clean energy technology, strengthening supply chains through made-in-America manufacturing, and ensuring an equitable transition to renewable energy for Appalachian communities.

The department is promoting a plan to support a domestic battery supply chain — from critical minerals mining to manufacturing and recycling. The DOE also announced $5 million in funding for pilot projects for workers in communities where energy and automotive industries once held sway.

“American leadership in the global battery supply chain will be based not only on our innovative edge, but also on our skilled workforce of engineers, designers, scientists, and production workers,” Granholm said in a statement. President Joe Biden “has a vision for achieving net zero emissions while creating millions of good paying, union jobs — and DOE’s battery partnerships with labor and industry are key to making that vision a reality.”

The goals, Energy Secretary Jennifer Granholm said, are to break U.S. dependence on China and other countries for minerals needed to build clean energy infrastructure and stabilizing the economic future of those left without jobs amid the energy transition.

“We want to make sure we have this skilled workforce training program to be able to ensure that no worker is left behind.”

The energy secretary said the steps are necessary to ensure that the U.S. is “energy independent” and not relying on countries like China for the supplies.

“We should be building the full supply chain here,” she said.

UMWA International Secretary-Treasurer Brian Sanson said although workforce training has been offered to the state’s workers before, West Virginia hasn’t seen most of the benefits.

The visit was centered around the future of energy production in the Mountain State. Secretary Granholm spoke with representatives from Solar Holler and heard from members of the workforce about their success and challenges along the way.

“Really, this community is embracing new chances and opportunity in their own way. Nobody is coming here to tell West Virginia what it should do because West Virginia is figuring it out and it’s really exciting,” Granholm said.